The massive hit game from Steam and PC browsers comes to mobile with new features! Clicker Heroes is the idle RPG that started the subgenre! Embark on your quest and begin a simple, yet incredibly fun idle adventure. Tap to attack monsters, hire and level up heroes to unlock their unique abilities. Slay monsters for gold, find treasure, and explore new worlds.

And introducing Clans and Immortals! Form clans with other players and lead clan-based boss raids against a new type of enemy: the fearsome Immortals!

* Progress through 1000+ zones by defeating epic bosses and monsters!
* Hire and level up dozens of heroes, each with unique skills!
* Unlock up to 9 active skills to use in battle!
* Acquire ancients for powerful boosts!
* Ascend your main hero to grow even stronger!
* Clans (NEW!) – Join other players to form clans and take on the mighty Immortals!
* Multiplayer Battles (NEW) – Clan-based boss raids against a new foe: the Immortals!
* Google Play Game Services Leaderboards and Achievements (NEW!)
* Multi-language support (NEW!) – English, French, German, Spanish, Portuguese, Russian and Chinese (and more languages coming soon!)

Clicker Heroes Patch 1.0e12 is now available! Team up with your clan and battle the new Immortals for more rewards every day! 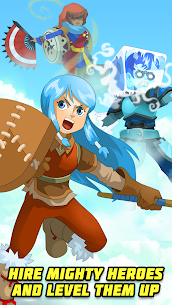 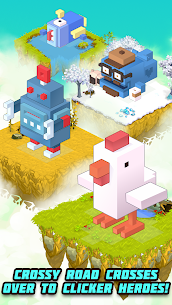 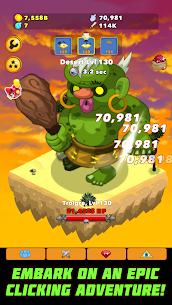 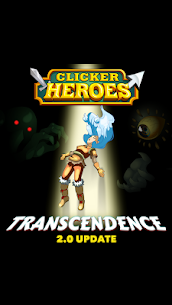 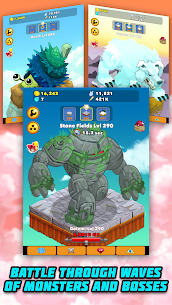 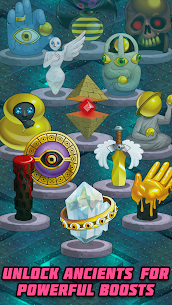 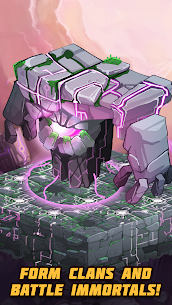